Clinical - How to Overcome Panic Attacks 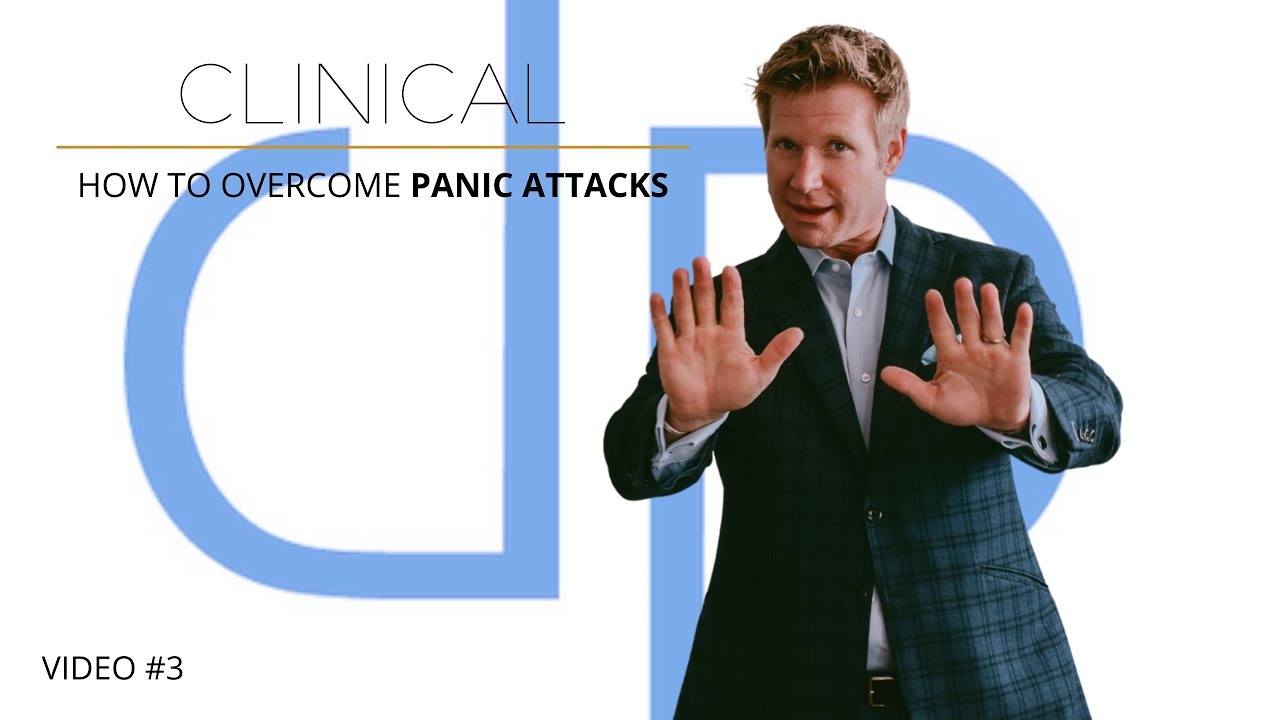 People with Panic Disorder often present to the emergency room with chest pain or difficulty breathing and a genuine fear of dying from a heart attack. Some of us are genetically prone to panic attacks if we have a family history of anxiety, a lifestyle full of stress or we have a hard charging Type A personality.

I understand how fearful panic attacks can be. When I was an undergraduate student, I had them all. the. time. in German class. The professor was kind of a sadistic jerk. He would humiliate you if your pronunciation was wrong or if you forgot a word and I started having panic attacks in his class because I feared humiliation. But now that I think about it, he was probably picking on those that weren’t prepared and I have to admit that I was not a serious student the first time I went to college. Regardless, I got help for this from a Psychologist and it improved. I learned to relax – and be better prepared for class – so I could think clearly and perform.

Admittedly, I have one of those personalities prone to anxiety – especially if I drink too much coffee or if I have certain public speaking engagements where I am not prepared. My leg starts bouncing, I worry about stuttering and I feel my heart racing – sound familiar?! But after getting help for my panic attacks, I know exactly what is happening and what to do. I do diaphragmatic breathing, tell myself it will pass and that I am just excited about the situation – known as reattribution or reframing. I stand confidently on on the balls of my feet with my legs apart and the feeling subsides. Are you intrigued?! Let me break it down for you.

I’m going to get a little clinical here so bear with me. People with panic first report a sudden unexpected and spontaneous onset of fear or discomfort – which reaches an anxiety peak within 10 minutes. The time that it lasts varies but it does end. To meet the clinical diagnosis, you have one or more attacks followed by significant maladaptive behavior related to the attacks. This means that you start fearfully obsessing about having another one – which can spark another panic attack – or you avoid activities that you have previously associated with having a panic attack – such as exercise & unfamiliar situations.

One must have four or more of the following 13 systemic symptoms for the diagnosis – heart palpitations, sweating, trembling, shortness of breath or smothering, feelings of choking, chest pain, nausea, feeling dizzy, chills or heat sensations, numbness or tingling, derealization, fear of losing control or going crazy & fear of dying.

Prevalence rates are about 12% of the adult population. While this disorder is not so frequent in children, it may begin in puberty.

If you experience anything like this, you want to be examined by your primary care doctor FIRST to rule out any heart or other physical problems.

Let’s go through the panic cycle to see how panic works.

So what does the first panic attack looks in the real world? Let me set the stage of what happens. The person is usually experiencing a period of increased stress. If they are an attorney, they may have an important trial coming. If they are a business person, they may be presenting quarterly numbers to the board that are not so great. If they are student, they may be studying for an exam or stressing about their GPA. If they are parent, maybe they’ve experience a loss or are about to face a new life transition – such as a divorce or the kids leaving home.

What happens next is the person has trouble sleeping one night. It does not matter whether the person was drinking that night. The next morning, they are feeling a bit uneasy with these culminating factors and they begin to notice physical sensations like their heart rate increasing – which leads to more panic inducing thoughts. These thoughts could be something like “Oh my gosh! What is happening to me? What is wrong with me? Is something wrong with my heart?” And WHAM – they find themselves in a full fledge panic attack! They rush to the ER – where they are generally cleared for heart trouble – and get sent home with Ativan as well as a referral to the cardiologist for confirmation. The cardiologist clears them and refers them to a Psychologist or other mental health provider for Cognitive Behavioral Therapy (CBT).

Because the experience of panic was so frightful, the person is either obsessing that something is still wrong with them – despite the cardiologist clearing them – or they fear they will have another attack. The obsessing and heightened awareness of any new physical symptoms or sensations puts them on edge and sets them up to have another panic. Their fight or flight system is engaged and ready to spike again. I liken this new awareness to being stuck in the library where you hear every pen drop, every whisper and every book being removed from a shelf. This person now hears and feels every. single. sensation. their body makes that they NEVER noticed before. You’ve got to get out of the library to get better!

The good news is that Panic Disorder is something we can treat with Cognitive Behavioral Therapy. You can be healed WITHOUT the use of medication if you are willing to do the work to get over it. The problem is that people want to avoid the attacks – which only reinforces the panic attack’s strength.

The solution is two-fold. First, you have to tame your nervous system. If you remain in fight or flight, you cannot make rational decisions and believe healthier thoughts like “It’s okay, I’m not going to die from this.” To target your fight or flight system, you have to practice diaphragmatic breathing three times a day for three minutes for a week and whenever we are having anxious thoughts. This type of breathing creates the relaxation response by stimulating the vagus nerves that extend to the gut. When stimulated through diaphragmatic breathing, the parasympathetic response is turned on. The parasympathetic response is your friend because it is the opposite of fight or flight.

If you have seen a baby sleep, you know what diaphragmatic breathing looks like. Babies often sleep with their arms behind their head with their bellies are going up and down. This is a very vulnerable but very relaxed position. Adults unfortunately stop breathing like this automatically but if you want to get over your panic, you have to breath like a baby. Once we become masters at diaphragmatic breathing, we can begin to think reasonably again – which relates to the second step.

One technique that works quickly is called panic induction – where panic is induced with short fast & heavy breathing. By inducing a panic, you realize you will not die from a panic attack. But doing this usually scares the hell out of people! If you push through the fear, one quickly learns that they have control of starting attacks and shutting them down – similar to turning up and down the volume of a stereo.

The other technique is once you have become an expert at diaphragmatic breathing, you pair the breathing technique with encouraging thoughts like “I’m going to be okay,” “It’s just a feeling” or “This will pass.” This technique helps you not avoid the situation you are in or the attack. You must do this over and over again. Over time – if you practice diligently – you will notice that when you begin to become anxious, you are able to calm your physiological symptoms. Remember, your brain is elastic – just as your body has learned to panic, you will unlearn panic and learn to relax.

Another technique that helps is called progressive muscle relaxation (PMR) – where you spread your fingers when anxious. I suggest that you do this while you are engaged in diaphragmatic breathing.

You have to be self reliant and manage things on your own. You will feel better about yourself and it will generalize to other areas of your life. Imagine if you are able to overcome this panic disorder on your own without medication – just using your mind & your behavior. You are going places and we are going there together!