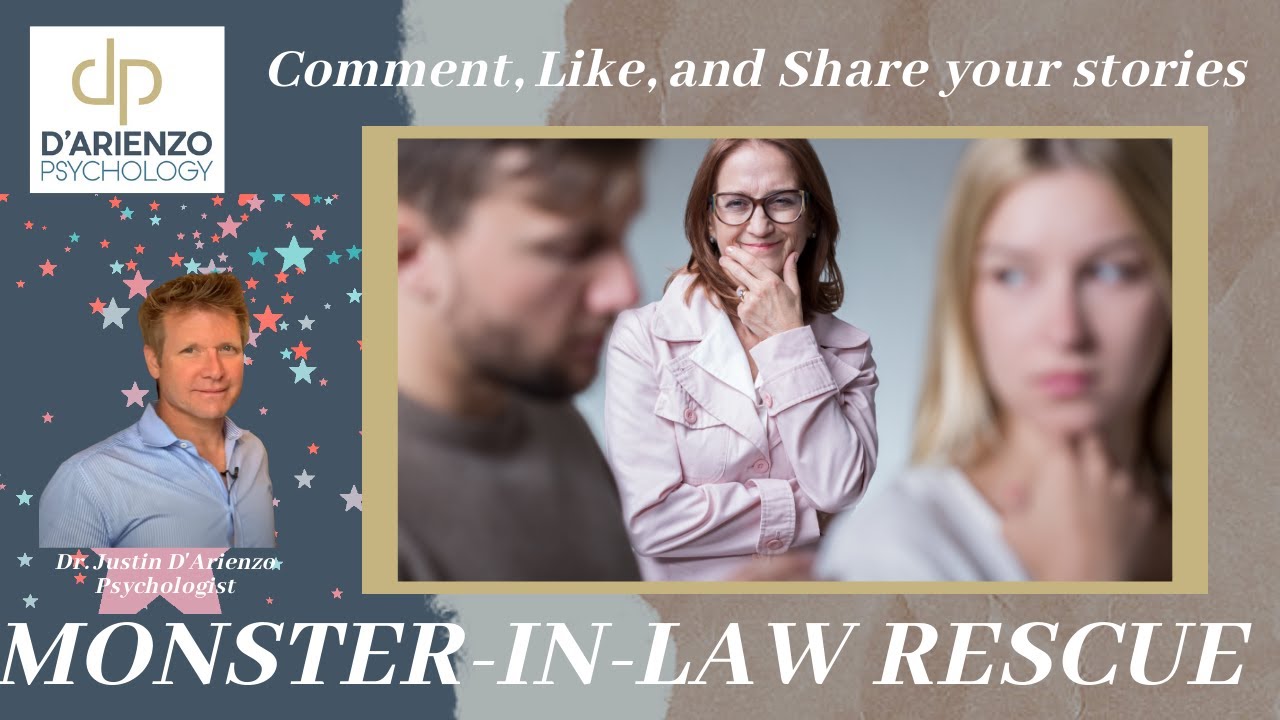 A hugely important topic. In-laws. They can make or break even the best relationships. I’ve heard countless stories about great in-laws as well as particular monster-in-laws in my clinical practice as a psychologist. I’ve faced the onslaught of a potential mother-in-law in a past relationship where I was relegated to a bed where the family dog slept because I was not the right religion. Seriously, there was dog hair and gravel under the sheets.

The greatest offender is usually the mother-in-law who sets the stage for the unsuspecting daughter in law who gets blindsided. She usually faces a mother-in law that is overly critical about her parenting or her not being good enough for her precious son. Once the daughter in law gets sick of the ridicule and being violated, she retaliates, and the mayhem and discomfort continue for all the family. Sometimes a father-in-law or son-in-law are at issue, but rarely its these gentlemen sitting in my office because they’ve initiated the problem or are seeking resolution.

Typically, but not always, females are more sensitive to relationship turmoil. Males usually are oblivious or want to avoid it all together. This does not mean that the husband or father are free from fault when there is in-law strife.

Popular psychology would say this type of trouble is due to enmeshment between a mother and her adult son where mom doesn’t want to be displaced by the wife or girlfriend and the son is afraid to upset his mother, but from an evolutionary standpoint, it’s about parent concerned about the genetics of the grandchildren so they have an impulse to oppose a relationship if they think the daughter in law or son in law is not good enough for the family’s gene pool. Of course, no one verbalizes it like that but them being ugly is how it’s manifested. Other times it’s just an overinvolved mother-in-law and a son who won’t stand up for his wife.

If you are dating someone and there are significant or severe issues with in-laws, I would consider abandoning the relationship. It’s one thing to work out problems with your future partner, but it’s another thing changing the beliefs of an in-law. However, if you are married already and you are facing the brunt of a troubled in law, the best course of action is maintaining a unified front with your partner and not feed into the vitriol no matter how infuriating it is. Husband’s you must stand by your wives, set boundaries, and stick to them, Good luck.