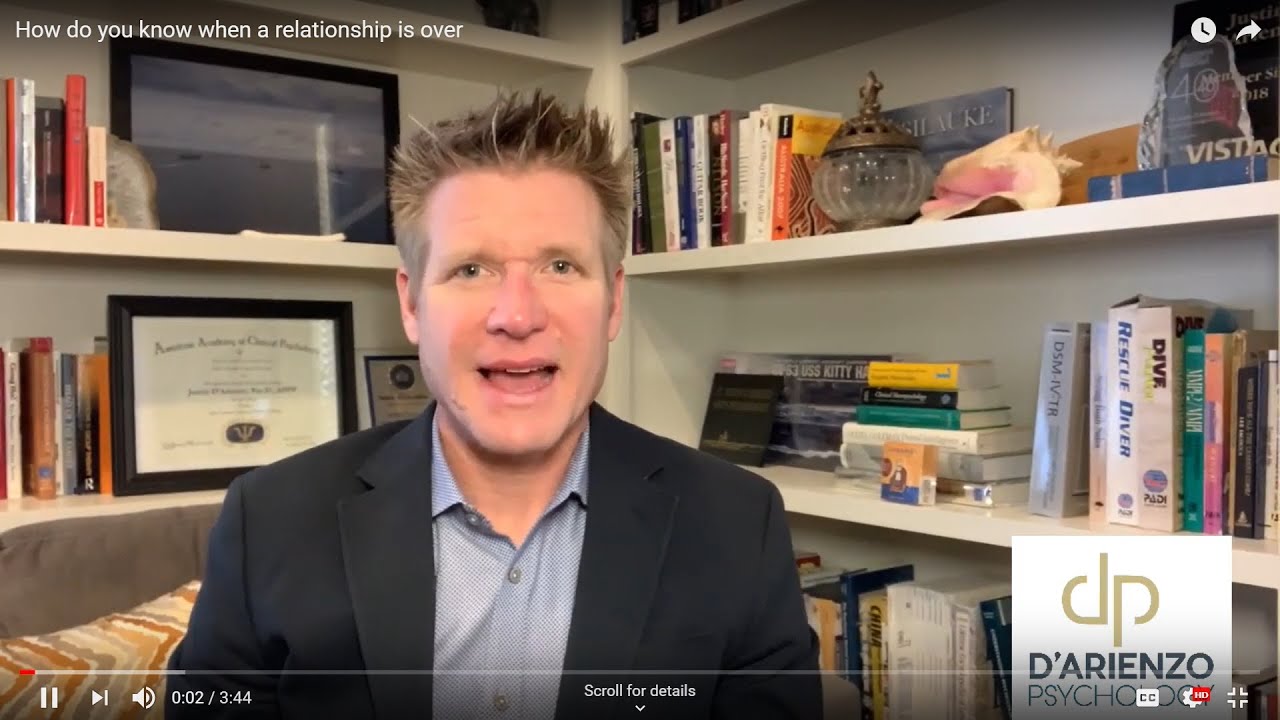 How do you know if a relationship is over or nearing its end? There are four key events that one experiences or does when their partner is unconsciously or consciously planning to vacate the relationship. The one that is going to be left begins to lower their threshold of acceptable behavior regarding the other, they begin to negotiate what they want in the relationship, they enter a state of confusion about what the person says they want and what the person does, and they panic and are crazed about needing to intervene before something terrible happens. We all have been in this situation. A healthy relationship is not supposed to be this way. If you are experiencing any combination of these four indicators, it is time to start communicating with your partner and resolving the issues if possible before it is too late.

These indicators are also a sign that a relationship needs help. The one on the receiving end, the one potentially being left, experiences or does four things.

The first one is, they have a lower threshold of acceptable behavior. They begin a cascade of lowering their threshold for what is acceptable in the relationship. This lower threshold begins to violate their previous expectations and personal values, their former dreams and goals. All of a sudden, they are more accepting of chronic infidelity, drug or alcohol abuse, physical and emotional abuse, a total lack of affections and no longer being the priority, to name just a few. So that threshold keeps getting lower.

The second thing, negotiations begin. The receiver, the one being left begins to negotiate and bargain with the other about how the couple lives, how they spend their time, with whom they spend time, and how they raise their children, and what they want in their relationship also.

Now, the third thing, a state of confusion. So the receiver, the one that’s going to be left, begins to experience extreme confusion about the behavior of the other partner. They feel as if nothing makes sense anymore, and they become obsessed with putting this jigsaw puzzle of confusing and inconsistent behavior of the other person together. It make no sense. They are faced with the future leaver’s ambivalent or hot and cold behavior toward them about whether the person wants to remain in the relationship or not. The leaver often still cares a great deal about the receiver of the break-up but is no longer in love with the person. And the receiver, therefore, delays the break up until a major crisis occurs.

The fourth thing, panic ensues. There is often a sense of panic that you need to quickly intervene and stop something from really bad happening, like infidelity. Know that you can’t control another’s behavior, they are gonna do what they’re going to do. If they do something though, that’s not good, that is just data for you to help you make a fair decision in the future. I say these words to help you make sense of a dying or destructive relationship.

We all have been in one, at least one. I know that I’ve been in a few in the past. Life is so short and healthy relationships don’t involve lowering standards nor negotiating with a loved one, nor confusion about the relationship status, nor about having a sense of panic. Healthy relationships are about joint safety, respect, security, and growth. Do not hesitate to reach out to a friend or professional if you’re experiencing a heavy heart about a relationship and about what to do. It’s important to talk to somebody that has some distance from the relationship so they can give you a rational perspective. Thank you for listening and best of luck in your relationships.